British artificial intelligence company DeepMind is transferring control of its health subsidiary to its parent company Google, in a move that raises questions over the future privacy of patient data.

As the news was announced, it emerged that an independent review panel, set up and funded by DeepMind to scrutinise its sensitive relationship with the NHS, will be wound up, said one person close to the situation. It is unclear whether the work of the panel, which has urged DeepMind to be clearer about the business model underpinning its health division, will continue.

“The independent reviewers panel was a governance structure for DeepMind Health as a UK entity. Now [it] is going to be part of a global effort so this is unlikely to be the right structure in the future,” a spokesperson for the company said.

DeepMind’s health operation, which includes a team of more than 100 people based in London and which has a five-year partnership with 10 NHS hospitals to process the medical data of 1.6m patients in the UK, will now be under the remit of Google Health, a new unit in California headed by David Feinberg, the former chief executive of Geisinger, one of the US’ largest private health groups. 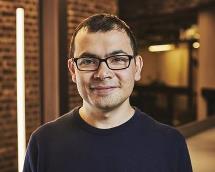 “ One of the reasons we joined forces with Google was to give us the platform to more rapidly bring our technologies to the wider world at scale”: Said Demis Hassabis, chief executive of DeepMind

As it bid for NHS work, DeepMind made commitments on ethics and confidentiality after being challenged by the UK’s data regulator. The company on Tuesday said the UK patient data handled by DeepMind belongs to the NHS and cannot be legally used for other purposes.

The Streams project, which does not use AI technology, was launched two years ago and is used by UK hospitals including the Royal Free in London and will shortly be used by Musgrove Park Hospital in Taunton. The app triggers mobile alerts when a patient’s vital signs or blood results are flagged as abnormal.

In May 2017, a senior data protection adviser to the NHS said the company had been given “legally inappropriate” access to the personal medical records of 1.6m British patients by the NHS, and the UK Information Commissioner’s Office has investigated the issue.

DeepMind said the move will help to scale the work of Streams. The company’s chief executive Demis Hassabis said: “One of the reasons we joined forces with Google was to give us the platform to more rapidly bring our technologies to the wider world at scale.” “DeepMind will continue to carry out research applying AI to important areas of science and medicine. As and when these research projects lead to potential tools or products, we’ll work with our partners in Google to explore those possibilities,” a Deepmind spokesperson added.

Earlier this year, the review panel said it was concerned that DeepMind might eventually use its access to data to “drive monopolistic profits” for Google parent Alphabet. But the panel’s former chair Julian Huppert said on Tuesday that he was confident that Google would handle the data judiciously. “People’s data remains under the strict control of the NHS hospitals . . . and that won’t change.”

Privacy advocates believe that DeepMind Health’s transfer of ownership to Google is a contravention of public trust. “They absolutely have to be held to the fact that for two years they’ve made PR statements that promised this wouldn’t happen; that they would *never* connect people’s health data with Google,” said Julia Powles, a Research Fellow at New York University Law School. “I have consistently made the point . . . that that promise is meaningless without a contractual back-up and now we have proof.”

This article has been amended since publication to correct the date of the complaint by a senior data protection adviser to the NHS, to note that Musgrove Park Hospital has not yet rolled out the Streams project and to note that an ICO investigation is now closed.