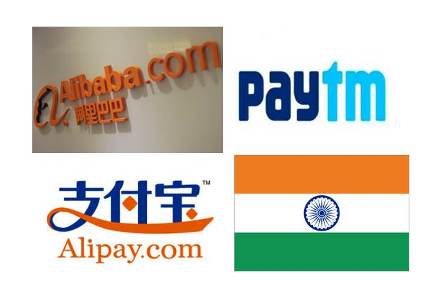 Alibaba will hold a substantial stake in Paytm’s newly spun off online marketplace business, setting the stage for a three-way battle between Amazon, Flipkart and the Chinese online behemoth in the country’s hyper competitive e-commerce market. The company will hold almost 40% in Paytm E-commerce, according to regulatory filings sourced from business research platform Tofler.

The shareholding is through Alibaba.com Singapore and AliPay Singapore, while venture fund SAIF Partners and Paytm’s founder Vijay Shekhar Sharma will own 30% and 20%, respectively . Alibaba.com Singapore and AliPay Singapore have picked up 3,89,955 shares in Paytm Ecommerce at Rs 10 a piece, show the filings, made on February 1. Alibaba, Alipay and SAIF are the largest investors in Paytm’s parent One97 Communications as well, and the ecommerce entity’s shareholding is mirroring that post the business being hived off. Paytm’s parent One97 recently approved the separation of its payments and commerce businesses in two entities.

Alibaba has been scouting for an Indian partner to launch its online retail business. It’s held talks with Flipkart, but those discussions fell through due to the the Bengaluru-based e-tailer’s steep valuation ask. Alibaba already holds about 4% in Snapdeal and there have been talks of merging Paytm’s commerce business with that of Snapdeal. Although, the companies have denied this development.

Sharma’s Paytm, last year, separated its wallets and online commerce businesses, as a precursor to getting a payments bank licence from the country’s central bank. Paytm’s commerce business has so far had minimal traction but with Alibaba’s war chest and expansive experience in online retail, things may change. The company said it will start its payments bank operations in February after delays.