Bertelsmann First Half 2022 FY Revenue Up 7% 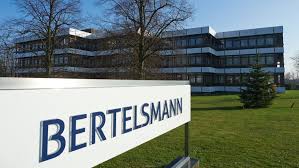 Bertelsmann had a very successful first half of 2022. The international media, services and education company achieved higher Group revenues, an operating result (Operating EBITDA) exceeding, even the previous year’s record figure, and Group net income of € 492 million. The RTL Group, BMG and Arvato in particular contributed to this positive business performance. Overall, the Group made progress on all five of its strategic growth priorities. Bertelsmann plans to invest between € 5 billion and € 7 billion by 2025 as part of its Boost strategy. In the first half of 2022 alone, Bertelsmann invested around € 750 million.

Operating EBITDA reached a new high at € 1.429 billion (H1 2021: € 1.417 billion), despite a challenging market environment and higher streaming investments. RTL Group, BMG and Arvato in particular contributed to this development with earnings growth each in the double-digit million range each.

Strategically, Bertelsmann made the following progress along its five growth priorities in the first six months of the current financial year 2022:

The Group’s national media champions benefited from the first major consolidation steps. RTL Group completed the combination of RTL Deutschland and Gruner + Jahr at the beginning of the year. The sale of RTL Belgium and RTL Croatia was finalized. The number of paying subscribers to the streaming services RTL+ and Videoland grew by 48 percent to over 4.5 million. RTL Deutschland also acquired an extensive package of international soccer match broadcasts from UEFA, and will show live UEFA Nations League and European Qualifiers matches for the 2026 World Cup and the 2028 European Championship on RTL and the RTL+ streaming platform.

Bertelsmann invested in the further expansion of its global content businesses. The production company Fremantle continued its international growth with five acquisitions and share increases, including the purchase of 70 percent of Lux Vide, Italy’s leading independent TV production company, and a 51 percent stake in the Irish TV production company Element Pictures. Penguin Random House secured the rights to U2 singer Bono’s memoir, “Surrender,” to be released worldwide on Nov. 1, 2022, for its English-language publishers. BMG, the world’s fourth-largest music company, strengthened its rights portfolio with the acquisition of most of John Lee Hooker’s musical legacy, and concluded new contracts with renowned artists including Rita Ora, Elvis Costello and Julian Lennon.

The main growth drivers were the logistics and customer experience (CX) businesses. Arvato Supply Chain Solutions grew primarily in the consumer products, healthcare, and technology sectors. The global CX company Majorel expanded its strategic partnership with Booking.com and announced the acquisition of IST Networks, a leading CX technology specialist in the Middle East. Arvato Financial Solutions further advanced the transformation of its business model and announced a name change. The financial services provider also acquired a stake in Nexxiot, a Swiss logistics digitization and trade-tech pioneer. Arvato Systems is now focusing on six customer industries and has made the corresponding organizational adjustments. Bertelsmann Printing Group faced sharply rising costs for paper and energy.

Bertelsmann strengthened its global education business by increasing its stake in Afya. The Nasdaq-listed education company is a leading provider of medical education and training, as well as digital solutions for physicians in Brazil. Bertelsmann Education Group holds 58 percent of the voting rights in Afya at the half-year mark. The Group also invested in the content of e-learning provider Relias, while Alliant International University reported steady growth in enrollments for its online degree programs.

As of June 30, 2022, Bertelsmann Investments (BI) held 313 investments worldwide, after 29 new investments and 16 follow-on investments. Since the beginning of the year, former G+J companies, including the Hamburg-based Applike Group, have also been assigned to BI. In addition, the division strengthened its commitment to the Digital Health business with the acquisition of a stake in Ada Health.

About Bertelsmann
Bertelsmann is a media, services and education company that operates in about 50 countries around the world. It includes the entertainment group RTL Group, the trade book publisher Penguin Random House, the music company BMG, the service provider Arvato, the Bertelsmann Printing Group, the Bertelsmann Education Group and Bertelsmann Investments, an international network of funds. The company has 145,000 employees and generated revenues of €18.7

billion in the 2021 financial year. Bertelsmann stands for creativity and entrepreneurship. This combination promotes first-class media content and innovative service solutions that inspire customers around the world. Bertelsmann aspires to achieve climate neutrality by 2030.