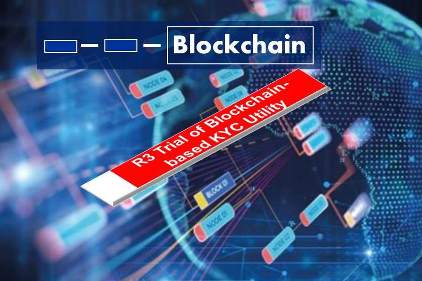 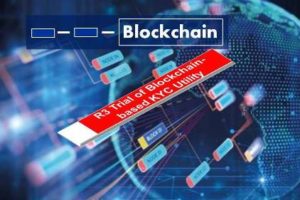 R3 has trialled a global, blockchain-powered know your customer (KYC) utility together with 39 banks, firms and regulators.

The four-day collaborative trial, which took place in May, saw the completion of more than 300 transactions on an application designed and built by Synechron on R3’s Corda blockchain platform.

It enabled participants, which included the likes of BNP Paribas, Deutsche Bank, ING and Société Générale, to communicate and manage test customer KYC data across the network. The solution works as a “self-sovereign” model, allowing corporate customers to create and control their own identities, including relevant documentation. Banks can request access to the data, whilst customers can approve requests and revoke access.  Any updates that are made become automatically visible to banks with permission to access the data.

R3 says in a statement that the trial reduced duplication and costs by eliminating the need for each institution to individually attest to and update KYC records.

A utility like this could be a game-changer for the trade finance industry, where the cost and complexity of compliance with regulation, including KYC requirements, remain a big barrier to the availability of finance. A shared utility could help ease mundane compliance processes that are often duplicated across financial institutions.

While KYC utilities have already being explored by other firms, to date most have had limited success due to low uptake.  But R3 and Synechron believe that the use of blockchain technology will make their solution more appealing to the industry.

“We’ve had increasing demand from our network for blockchain-based KYC solutions as they recognise that blockchain can address many of the challenges facing existing utilities,” Jane Kenyon, project lead at R3, tells GTR.

Tim Coates, US blockchain lead at Synechron, emphasises the fact that the application is decentralised and gives parties control of their own data as key differentiators from existing utilities.

He adds: “Blockchain’s immutability used as a new verification mechanism, and its peer-to-peer nature enabling greater data privacy are two of the native features that have attracted many in the KYC sector to blockchain.”

While Kenyon could not give details on a specific future timeline, she did say that R3 is working with a number of partners to develop applications on CorDapps to facilitate KYC on Corda, adding: “We are open to working with members who want to take these solutions forward in their institutions.”

According to Kenyon, a planned feature of the fully developed KYC application would include an observer node that would be assigned to the regulators, giving them visibility on the entire network.