China: Use of Social Media in Credit Reporting 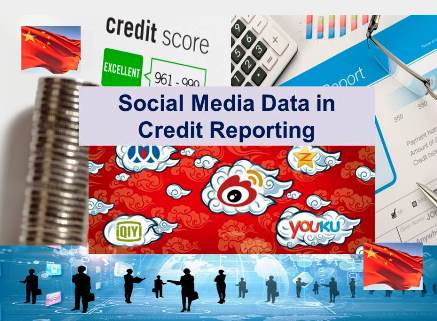 Recently a number of news articles appeared in the UK and in Sweden attacking the use of social media in China’s credit reporting.  According to an article in Daily Dot Politics China’s Sesame Credit has begun introducing credit scores based on the political opinions of data subjects and the opinions of their friends.  The paper based its findings on a report in Kit, a Swedish news site.  The scores are publicly released through the website Credit China and an app called Sesame Credit, which is a unit of Ant Financial, an affiliate of Alibaba.  The Financial Times raised similar concerns in a recent article with the headline “China Credit Rating Systems Raise Big Brother Fears”.

All articles hone in on a press release from Alitrip (an Alibaba affiliate) which provides credit scores from Sesame Credit on Chinese citizens applying for travel visas to Singapore and the EU (Schengen Countries) via the Grand Duchy of Luxembourg.   According to Alitrip, Sesame’s credit scores are based on the following criteria: “Credit history, behavioral preference, fulfillment capability, personal attributes and social network.”  The authors of articles quoted above opine that personal attributes such as political leanings are included in credit reports.  Same would apply to people on social networks and their affiliation with other people.  All of which would be part of a credit score.

Your editor believes such concerns are far-fetched because the social media data sourced by Sesame Credit comes from Alibaba e-commerce activities and the public domain.  In the case of social media it is information which has been placed there by the data subject.  Credit scores are based on mathematical models and not on opinions entered into the system manually.   Furthermore there is the law:  A credit reporting agency is prohibited from collecting personal information about the religion, gene, fingerprint, blood type, disease and medical history of an individual and other personal information that is prohibited to be collected in accordance with the provisions of the laws and administrative regulations.

It has not gone unnoticed that data from local governments disclosing the behavior of its citizens is available online.  For example the city government of Shanghai has started to combat ‘Fare Dodging’ in its public transportation system by posting offenders’ names on the city owned credit system. Naturally such a negative element would give credence to the character of the individuals involved.

The use of social media data in credit reporting is now common practice in China, India and elsewhere across the globe.  Credit Bureaus in Europe are the exception.  They are either prevented by regulations or by negative public sentiments, from including such data in their credit files.  Nevertheless most FinTech companies in Europe and the US are incorporating social media data, and the affiliation of data subjects with other people in a social network in their credit scores to the fullest extent.  They are doing exactly what Sesame Credit practices.  So why conclude what is practiced and condoned globally would be improper in China?

Source:  Press reports identified by the links in this article.  This post is an editorial comment and does not necessarily reflect the opinion of the BIIA membership.