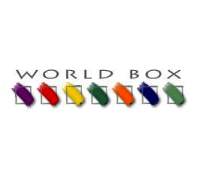 Businesses in China continue to be fined by authorities seeking to clean up the country’s commercial image, with the latest example being Nu Skin Enterprises, accused by the state of direct selling and making false product claims.

Nu Skin Inc. was fined $540,000 by the Shanghai Administration for Industry and Commerce for selling items ‘illegally’, as part of a government probe.

Six employees were additionally fined $241,000 for unauthorised activities (where individuals sold products that hadn’t been registered for direct sales), two months after an investigation was announced by the Chinese government.