Cybercime Against UK Business Is Up 63% 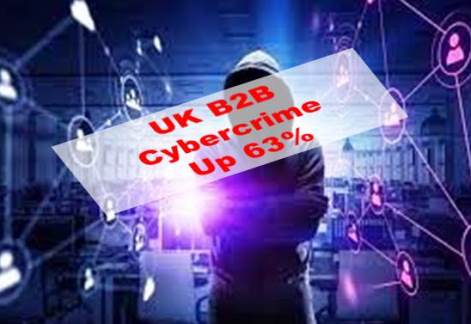 Despite an overall decrease in fraud and computer misuse in 2017, the latest UK Office for National Statistics (ONS) reports show that incidents involving computer misuse and malware against business are way up.

There were 4.7 million incidents of fraud and computer misuse in the 12 months to September 2017, a 15% decrease from the previous year, according to the latest crime figures for England and Wales.

The fall in fraud was driven mainly by decreases in consumer and retail fraud, such as offences related to online shopping or fraudulent computer service calls, the ONS report said, while the fall in computer misuse was mainly due to a 26% fall in reported incidents of computer malware and distributed denial of service (DDoS) attacks. However, the report also reveals that 56% of fraud incidents were cyber related, 23% of computer misuse incidents (410,000) involved loss of money or goods relating to computer malware and DDoS attacks, and computer misuse crime referred to the UK National Fraud Investigation Bureau (NFIB) by Action Fraud increased by 63%.

This rise in business-related computer misuse to 21,745 offences, the report said, is largely accounted for by a 145% rise in computer malware and DDoS attacks the past year to 8,292 offences.

More specifically, this is thought to be due to a rise in levels of malware, mainly ransomware and Trojans, including several high-profile attacks and security breaches on national institutions, including the WannaCry attacks in May 2017.

The latest figures suggest that while consumer-targeted attacks might be falling, as consumer-grade security improves, cyber criminals are now shifting their gaze to the potentially more profitable enterprise sector.

“In this post-WannaCry world, both consumers and organisations need to do more to assess their data, identify their most valuable assets, and protect these ‘crown jewels’ as best they can through a mix of multi-factor authentication, strong and unique passwords and a greater level of education on cyber skills,” he said.

Fraser Kyne, European CTO at Bromium, said the increase in in computer misuse incidents involving business is no surprise given the spate of ransomware and Trojan attacks in the past year.

However, Kyne said it was worth noting that this the ONS figures related only to reported crime. Reports can only tell us what has been detected and reported.

“Cyber-crime will continue to flourish as long as the security industry remains reliant on detection-based security tools. With cyber criminals becoming more successful every year, we have to admit that the detection model is broken.

“The industry must respond with new ways of defending enterprises and the public at large to ensure that we don’t see the continued rise of cyber-crime.”

According to Kyne, virtualisation can provide this protection to enterprises. “By running applications within their own completely isolated virtual machine, you can ensure that any malware directed at businesses is contained to that environment, unable to escape and infect the rest of the system.”

Josh Gunnell, fraud specialist at the Callcredit Information Group, said the latest ONS statistics clearly indicate that fraud remains a threat to every organisation in the country.

“With 3.2 million incidents of fraud in England and Wales and 1.8 million being cyber related, the worrying trend shows no signs of abating,” he said.

“This is especially pertinent considering the damaging impact the ongoing fraud threat has had on trust in organisations, with a majority of consumers we spoke to believing that fraudsters are always one step ahead of businesses.

“To win back consumer confidence, which is key to long-term success, businesses need to do everything they can to keep data and identities safe. Implementing smarter, more dynamic fraud prevention strategies, such as artificial intelligence, alongside traditional fraud prevention methods, and communicating these to their customers, can go a long way towards achieving this. In addition, the importance of using behavioural and location data to provide fraud insights cannot be overstated,” he added.