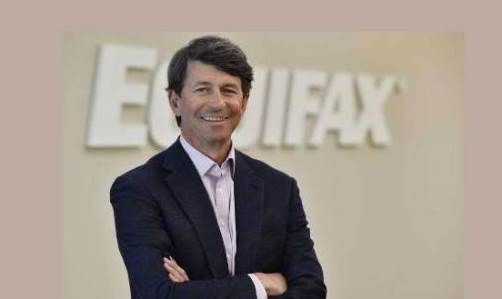 Equifax Inc. announced that its Board of Directors has concluded its previously announced CEO search process and appointed Mark Begor as Chief Executive Officer, effective April 16. Mr. Begor will also become a member of the Equifax Board of Directors.

Mark L. Feidler, Chairman of the Board of Equifax, said, “After conducting a comprehensive search process, the Board is extremely pleased to welcome Mark to the Equifax team. He is a highly accomplished executive with a long track record of successful leadership across a variety of global industries relevant to our business, including his nine-year leadership of General Electric’s retail credit card business, now Synchrony Financial, as well as his membership on FICO’s Board of Directors. His proven leadership ability, operational expertise, growth focus, financial acumen, strategic vision, and customer orientation make him the right person to lead Equifax into the future.”

Mr. Begor, 59, joins Equifax from Warburg Pincus, where he served as a Managing Director and focused on operational improvements across portfolio companies within the firm’s Industrial and Business Services group.  He joined Warburg Pincus in 2016 after a 35-year career with General Electric Company (GE). Over his lengthy and successful career at GE, Mr. Begor served in a variety of roles leading multibillion dollar business units of the company, including President and CEO of GE Energy Management from 2014 to 2016, President and CEO of GE Capital Real Estate from 2011 to 2014, and President and CEO of GE Capital Retail Finance (Synchrony Financial) from 2002 to 2011.

“I am excited to take the helm of Equifax at such a pivotal moment in the company’s history,” said Mr. Begor. “The team has made meaningful progress in the last several months to address a number of well-publicized issues while continuing to focus on delivering differentiated new products and advanced analytics to support our customers. I will prioritize continuing our team’s efforts to communicate transparently and restore confidence with consumers, customers, shareholders, and policymakers. And most critically, we will continue to invest in and strengthen our IT and data security. As a custodian of consumer and customer information, protecting that data is a central priority for Equifax and for me personally.”

Mr. Begor will succeed Paulino do Rego Barros, Jr., who has served as interim Chief Executive Officer of Equifax since September 2017. Paulino has announced that he will retire from Equifax in early 2019 and will assist Mr. Begor in his transition over the coming months.

Chairman Feidler continued, “On behalf of the Board of Directors, I would like to thank Paulino for his dedicated service as interim CEO over the last six months. He stepped in and very capably guided our Company at a critical juncture, and we are all incredibly grateful for his leadership and dedication to Equifax.”

In addition to the roles mentioned above, Mr. Begor serves on the Board of Directors of FICO and on the Boards of several Warburg Pincus portfolio companies. He will be resigning these Board seats prior to his start date of April 16.  He received a bachelor’s degree in Finance and Marketing from Syracuse University and an MBA from Rensselaer Polytechnic Institute.