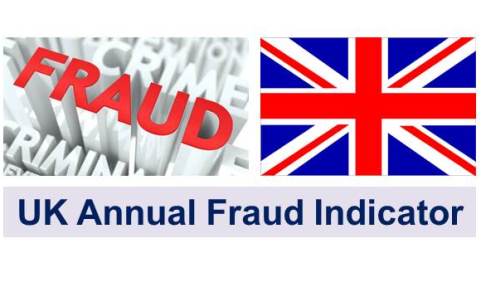 Cost of fraud to the UK is greater than the Gross Domestic product of 148 out of 191 countries or £190 billion, equal to nearly £7,200 per household, according to a new research study.

The Annual Fraud Indicator 2017 reveals the staggering prevalence of fraud, which is now the UK’s most common criminal offence.  Put into context, the scale of the problem is such that the cost of fraud to the UK is greater than the Gross Domestic product of 148 out of 191 countries.

The study, compiled by Crowe Clark Whitehill, Experian and the Centre for Counter Fraud Studies, shows that private sector fraud costs the UK economy £140 billion, while fraud in the public sector is estimated to cost the country £40.3 billion in 2017.

Fraudulent activity aimed at individuals amounts to £6.8 billion, while charities suffer to the tune of £2.3 billion.

These numbers are far from insignificant. With the latest National Audit Office and National Crime Agency statistics confirming that fraud has surged to the top of the list of commonly committed crimes, now is the time to identify and measure its cost so that businesses, government bodies, charities and individuals can understand the value of their investment in countering fraud.

The private sector is the worst hit, largely due to the volume of expenditure conducted by private enterprises. While public sector fraud is the easiest to measure and detect due to the reliability of tax and benefits data.

A significant proportion of the costs of fraud in the report are attributed to procurement fraud. Procurement accounts for a large portion of organisational expenditure and fraud can creep in at various stages of the procurement process. The rise in the incidence of fraud in registered charities is largely attributable to an increased expenditure on procurement, for example.

New trends have emerged that impact demography and type of fraud victim. Technology continues to open up new avenues for fraudulent activity. Online Banking fraud has grown by 226% and Telephone Banking Fraud by 178% in the past year, with many millennials increasingly being drawn into the fraudsters’ net.

“Awareness of the dangers fraud poses is growing, but the total of £190 billion is startlingly high. Plastic card and online banking fraud continues to increase, so new regulations which make it harder for fraudsters to use someone’s cards online are a necessary step. Fraudsters are shamelessly opportunistic and are now turning their attention to the pensions release, lured by the promise of high value returns when their scams are successful.”

“The cost of fraud is clear – not just the proportion which is detected, nor a guestimate but accurate information about the total cost to UK plc, just like any other business cost. And that cost is £190 billion. Private companies are made less stable and financially healthy; as citizens we don’t get the quality of public services that we pay our taxes to receive; and even charities don’t get to spend the full value of the donations which people make. What other problem of this size doesn’t have a proper national response?”

“The 2017 Annual Fraud Indicator highlights again the colossal cost of fraud to the UK economy. At £190 billion it would represent more than the UK government spends on health and defence combined, or on all welfare payments, bar pensions.”