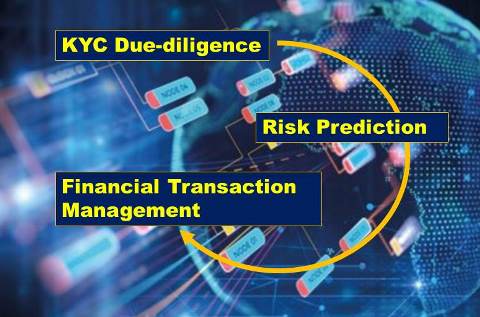 A blockchain-based solution designed to help Indian banks and non-banking financial companies do their know your customer diligence of corporate borrowers, evaluate corporate lending risk, and manage vendors is ready to be deployed by the year-end.

The solution has been developed by Bankchain, a 30-member consortium led by the State Bank of India or SBI, the country’s largest lender, and includes banks, NBFCs and the National Payments Corporation of India (NPCI), an organisation set up by Indian banks to support retail payments. Members of the Bankchain consortium include ICICI Bank, Bank of Baroda, Axis Bank, Kotak Mahindra Bank, YES Bank, among others; NBFCs such as Riviera Investors; government agencies Clearing Corporation of India Ltd and Export-Import Bank of India; and technology companies such as Intel.  Baraokar said deployments will be initially non-financial in nature because the consortium wants to test the platform thoroughly before moving to financial use cases.

Bankchain is the not the only other instance of blockchain implementation by banks in India. YES Bank has implemented a blockchain-based solution for consumer electricals company Bajaj Electricals for supply chain management in January 2017. Before the solution was implemented, Bajaj Electricals used to take 90 days to process invoice acceptance and payment to vendors. The vendors then used to apply for financing with their respective banks to process the payment.

Axis Bank and Kotak Mahindra Bank have also conducted pilots in cross-border remittances and trade settlements, using blockchain technology. South Indian Bank had also successfully completed overseas transactions using blockchain from the UAE to India. The bank had also deployed a blockchain-based solution to manage end to end trade financing for one of its clients.

The Bankchain consortium also includes NBFCs like Mahindra & Mahindra Financial Services, which in November 2016 had announced the development of a blockchain solution in partnership with IBM to manage supplier-to-manufacturer trade finance transactions.