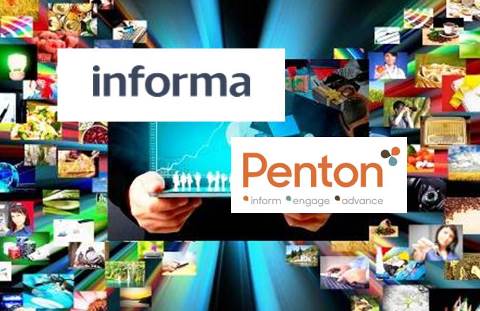 The transaction is set to be funded by a combination of new debt and equity, including a fully underwritten rights issue to raise 715 million pounds. Informa said it will buy Penton from private equity firms MidOcean Partners and Wasserstein & Co, which will receive 1.11 billion pounds in cash and 76 million pounds in Informa equity.

The deal will help Informa generate nearly half its annual pro-forma revenues from the United States and make its global exhibitions division one of the three largest in the country, with more than 70 U.S. shows annually.

Informa’s global exhibitions business runs 170 trade and consumer events annually, including the China Beauty Expo, World of Concrete and Arab Health. The division accounted for about 22 percent of revenue in 2015.

The deal, expected to close in November, would add to the company’s earnings in the first full financial year since completion. Informa’s shares closed up 4.9 percent at 709.7 pence on the London Stock Exchange. Analysts also expect attention to switch to other potential events merger and acquisition targets including UBM Plc (UBM.L) and Tarsus Group Plc (TRS.L).

For the private equity firms that owned Penton for a decade, the sale represented a positive outcome, six years after Penton had filed for bankruptcy.  Wasserstein & Co first invested in the company in 2005 when it bought Primedia, a media company that later merged with Penton. It will generate 4.2 times its investment. MidOcean Partners, which invested in 2007, will see a return of 3.5 times, sources familiar with the matter said.