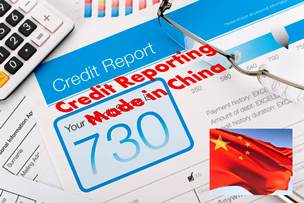 The city of Shanghai’s Pudong New District says it reached an agreeement with Sesame Credit, a credit rating system of Ant Financial, the e-commerce giant Alibaba’s financial arm, on May 24, allowing for greater credit information sharing as part of its new effort to increase credit supervision. on to Sesame Credit and keep it updated and the Sesame Credit will in turn check the credit records of the heads of those companies, then, work with Pudong in penalizing those with low credit scores, for example by restricting loans and online shopping.

The head of Pudong’s market supervisors, Chen Yanfeng, says that they consider this an effective move since it can help remind people of the importance of honesty and good behavior, while financial institutions also spoke highly of it, with one Shanghai Bank official saying that it can help the bank cut the number of bad loans and protect its interests.

The supervisors also explain that there are still possibilities for companies and individuals with a bad credit history to reform themselves since records are kept for no more than five years and, if they behave well, they’ll be removed from the bad list. They say they also expect more institutions and individuals to do their part in credit supervision.