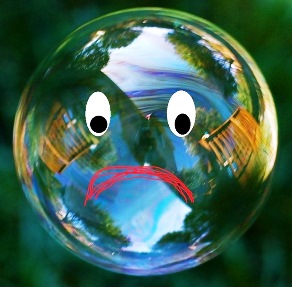 The peer-to-peer lending industry has the potential to destabilize consumer balance sheets, with loan performances bearing a striking resemblance to the subprime mortgage market before the 2007 crisis, warns a new paper from the Cleveland Federal Reserve.

P2P lending arrived in the US in 2006, offering an alternative to traditional banks for both borrowers and lenders and establishing a reputation as a “progressive consumer finance innovation”, say the Cleveland Fed researchers.

Over the last decade, the likes of Prosper, Lending Club and SoFi have established themselves as unicorn leaders of the fintech goldrush. However, all have struggled with various problems in recent times. And things could get much worse, warn the Fed researchers after looking through credit bureau data on 90,000 people who took out P2P loans between 2007 and 2012 and comparing them to 10 million traditional borrowers.

The paper looks at three often-made claims about P2P lending: that it helps people refinance previous, expensive, loans; that it helps borrowers build a better credit history; and that it serves the underbanked.

The researchers conclude that, in fact, P2P loans do not achieve these things and actually resemble “predatory loans” in terms both of who takes them out and the impact on borrowers’ finances.