Insurers Want a Comprehensive Cyber Attack Database – Who will Step Up to the Plate? 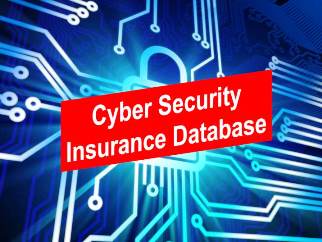 The head of the Association of British Insurers has called on the government to create a database where companies would have to record details of cyber-attacks.

Cyber threats are a growing worry for UK business, and demand for insurance to cover the costs is rising. But some insurers are nervous about offering cover because of a lack of information about the attacks that are taking place. “We have 350 years of fire data and 100 years of motor and aviation data, but we have just a few years of cyber data,” said Huw Evans, ABI director-general, speaking to the Financial Times. “How do you build a business model in such a data light environment? Nothing scares an insurer more than a lack of data.

A database, he argued, would solve the problem. “If it is not mandatory to report these things, then insurers are not going to have the data they need to provide the right cover. It would have to be mandated by parliament, but it would need to be proportionate and manageable.”

The database would include some details of the company that had suffered the incident, the type of attack, the damage caused, and the costs of clearing up.

“We’d like to see a not for profit, anonymised database covering things like business interruption costs, ransom demands, privacy breach claims and damage to IT systems,” said Mr. Evans.

Cyber-attacks are a growing headache for UK business. High profile companies including TalkTalk and JD Wetherspoon have suffered cyber breaches over the past year but small companies have also been hit.

According to a recent government report, two-thirds of large companies have suffered a cyber breach or attack in the past year, and a quarter experience a breach at least once a month. The average cost of a breach is just over £36,000, but in one incident the costs rose to £3m.

While some companies have insurance to cover these costs, the market is not as developed as it is in the US. There, rules force companies to report details of attacks to regulators and, in some cases, to customers. A new EU regulation that comes into force in 2018 will impose similar requirements on companies in Europe.

That is expected to spur a big jump in take up of cyber insurance, which some in the industry see as a promising avenue for growth.

“The UK insurance industry has always been at the heart of new markets, but the lack of data is a huge inhibitor to the UK being at the core of the cyber market,” said Mr. Evans, who adds that cyber is the biggest insurable risk that the industry will have to meet.

Few other databases of cyber-attacks exist. The European Central Bank has been running a pilot project since February to collect data on cyber incidents from 18 of the Eurozone’s largest banks. It is likely to be rolled out to the rest of the 130 banks that the ECB regulates next year.

Last week the UK head of Marsh, the insurance broker, said financial services companies overestimate the amount of cyber insurance they have. Although half of the executives they surveyed thought they had cover for an attack, an examination of their policies found that only 10

per cent were covered.