The Power of Identity in Emerging Markets 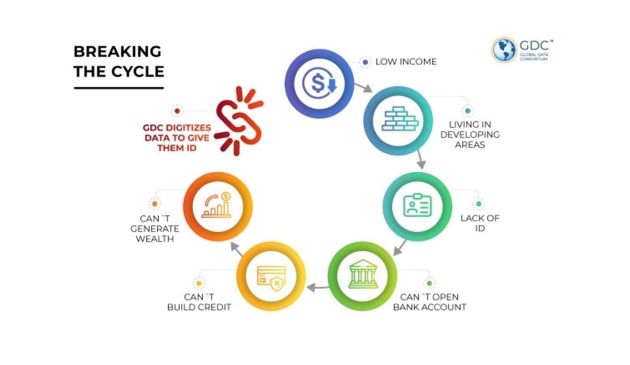 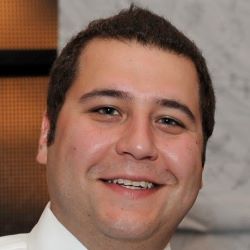 There are 7.8 billion people in the world. Of those, the World Bank estimates 1 billion lack a legally recognized form of identification. A further 3.4 billion have some form of legally recognized ID but it doesn’t work on digital or online channels. In other words, 13 percent of the world has no readily available form of legally verifiable ID. Combined with the 3.4 billion people without digital compatible ID and you find that 66 percent – two-thirds – of the world population are excluded from participating in digital life.

Think about how important the digital world has been during the coronavirus pandemic. It allowed us to shop and bank online, to buy groceries and order curbside dinners. It provided us with access to online test results if we felt ill. It kept our children educated through online classes and entertained with streaming videos. It allowed us to keep in touch with our families as many of us sheltered at home.

For the two-thirds of the world’s population without a verifiable legal digital ID, these actions – actions we largely take for granted – are impossible because they lack verifiable Know Your Customer (KYC) data. At Global Data Consortium, our mission is to change that.

Just because someone lacks a digital ID doesn’t mean KYC information that can verify who they are doesn’t exist. Those with a legally recognized ID are often known to their governments; that information simply isn’t digitally available. And those without an official government ID may have received healthcare at a medical clinic. They might have been counted in a census, but those records were never digitized. Maybe they joined a church, or a local civic organization. If they did any of these things, they likely had to fill out a form that provides basic personally identifiable information; their name, where they live, their date of birth, how to contact them.

People without digital ID share common traits. They tend to be from countries and have a lower income. Many live outside of large urban areas. These attributes, combined with legacy and overly-bureaucratic government identification practices, makes it more difficult to obtain a digital identity.

They share something else in common – many of these individuals are trapped. Because they can’t do something as simple as open a bank account, they can’t build a credit history that would allow them to get a loan and eventually purchase private transportation or a home. Without access to capital, it’s difficult to build wealth. Without lower income people building wealth, it’s difficult for their countries to grow from an emerging and developing economy into a fully developed one. Lack of economic development leads to corruption, crime, lack of access to healthcare, lack of food, and a failure to meet basic needs. It’s a vicious cycle.

GDC wants to enable people currently without a digital ID to get on the electronic grid so that they have the ability to participate in the digital economy. It’s a hard task, but one GDC is equipped to tackle because of its extensive local market knowledge. We recognize KYC data on people without a digital ID does exist; it just needs to be identified, organized and digitized.

Prior to joining GDC as an adviser, I had firsthand experience with this over the course of my career. Recently, I traveled to Uganda, where my team and I conducted primary-source interviews and surveys with nearly 300 people across the country. We then organized and digitized the data for a client here in the United States.

I also worked as a journalist around the world and encountered many situations where KYC data was readily available but not accessible. This typically took the form of voting records stored at local government buildings, or health records at a medical clinic, in countries across the world, from Afghanistan to Kenya to Brazil.

Looking ahead, GDC will unveil ambitious plans to enable KYC data for people without digital IDs. It will give our customers access to new clients around the world. And it will benefit those who we get online; it can help lift them out of poverty, improve governance, get them better access to healthcare, and help their countries to continue to develop.

Here’s a real-world example of the kind of work we plan to do. While in Port Harcourt, a coastal town in southern Nigeria, I traveled to a small island, Okrika, just outside of the city. While there, I got to witness a rare event – the election and swearing in of local government officials. At the time, my local guide told me it was the first election in 30 years.

As I stood behind the ballot box and watched Okrikans vote in a local election for first time in three decades, I realized the information gathered to enable this democratic vote was incredibly valuable. It was KYC data that could help lift people out of poverty. It could improve economic development in a place that relied heavily on fishing and subsistence agriculture. It could improve healthcare for people who lived all of their lives inhaling black smoke coming from a nearby oil refinery. It could help them gain access to money sent from relatives abroad. It could give them access to instant information on prices for their produce, without the arduous trek to market and having to accept what was offered in-person. It could help Okrika and its people join the digital economy. That data was, and still is, transformation, just not politically, but in all other aspects of Okrikan life.

Getting people like the Okrikans onto the grid is our mission. Stay tuned to see how we’re going to make our vision a reality.

We are on a mission to empower businesses with the tools to get to know their customers, stay compliant, and deliver real-time solutions. Our Worldview platform facilitates the relationship between local and global markets by pairing businesses to locally sourced data from all over the world.

*About the Author:  David Francis is a member of Global Data Consortium’s Advisory Board. He is the CEO and founder of Ozanam Strategic Insights, a startup dedicated to discovering innovative solutions to digital identification and data challenges in the emerging and developing world.